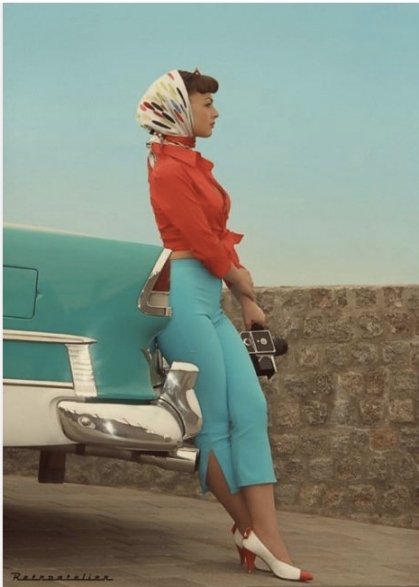 I had mentioned that I was writing an article for a magazine: The Day That Changed Your Life. My mother wanted me to enter this particular contest, and thus I have. It’s a 2,000 word essay, although mine comes in under that mark. Have no worries, it’s a quick read. As many of you know, I write like the current. I purposefully try to pull you along with me until we reach the end.

For those who have wondered who I am, these words paint that picture. My hope is that I’ve done so eloquently and poignantly. Either way, this is me – exposed. By viewing those who allow themselves to be seen, we can finally view ourselves. So please, look on.

The Weight of Many Moments

Its said that time is not linear. Instead, time is like that of a column. And within that column all moments exist in the present. Even though science supports this, my logical mind struggles to comprehend its true meaning. But then my soul speaks, and tries to explain: We are the culmination of all things, all experiences, and all moments in time. The moment that is now, is the moment that was then.

When the soul speaks it doesn’t always do so with a gentle voice. It may start with a delicate whisper, but once gasping for air – its forced to yell. For many of us, it shouts through the voice of depression. All my life I’ve struggled with depression. My life felt much like that of wearing a coat that didn’t fit. Regardless of how suffocatingly tight it was, I kept forcing the buttons to close. I knew the coat; its familiarity was comforting even if I hated how it made me feel.

One day the buttons burst, and as a result, I was forced to confront the exposed person within. That was the day I wrote my first novel. Within that moment, a certain energy moved through my fingers, and onto the page. The words that came into focus before me, were the words my soul needed to say. Four weeks later, the novel had been written. And no longer was I able to hide myself within a coat that didn’t fit.

I was forced to sit alone, in a room with my demons. I talked to them, and they talked to me. I learned that all that dwells within us is there for a reason; a purposeful intent. If allowed room to breathe, if not smothered but seen for the valuable elements they are, we come into balance. This type of balance isn’t achieved by jettisoning the parts of our inner self with which we are uncomfortable. Its achieved by repositioning them and seeing them in a different light. The whole of my soul had work to do, and the only one standing in its way was me.

By staring at the darkness within me, I was able to see that it possessed a certain beauty. Without darkness we have no reason for light. My darkness, or that which I believed to be the dark and ugly within me, was integral to the foundation on which my inner beauty sits. For a painting to come to life, it often has to be set against a dark background. Dark contrast is required to make the lighter, more delicate colors stand out. Soft pink is easily overlooked when set against equally demure hues. Every painter knows, such contrast is a must. The soul is similar to a painting; it’s an expression of God and one’s self.

My novel flowed so quickly, it wasn’t until I read it for myself that I processed its true meaning: Do not deny who you are. And with that, my mind’s eye glanced back over the last forty years of my life; from the days when I would sit wide-eyed with my alcoholic father, trying to explain to him a God that exceeds all explanation, to the day the Universe honored my wish and attempted to end my life. With my struggles now sitting across from me, I formed a kinship with all that I had previously tried to disown. And because of that, I now wear my darkness as proudly as I wear my light.

Life is a great deal like a card game. We look at what’s in our hand, pull out the worst of it, and slide it face down across the table. In the doing, we hope Fate slides something better our way. We hesitantly pick up the card and try to make sense of what we are seeing. I never could. But that’s because I viewed a bad card as punishment. I could not see how something that hurt, could ever bring about a winning hand.

With every passing day, with every card we pull from our fingers, another is given to us. I had reached a point where I had no more desire to live than I had to die. Neither prompted a response in me. Death, at least, brought a certain relief. This I knew. Knowing that feeling, I can fault no one that chooses such an end. For some of us there comes a sincere moment when all we want, is to slowly set the cards down, push our chair from the table, and walk away. There is peace within that feeling. I had that feeling. Instead of dreaming of an ocean front home or standing on the shore with my children, I dreamt of no longer listening to my mind try to make sense of a nonsensical world.

On an evening when a blue moon sat in the sky, I came within two millimeters of losing my life. Lying on the side of the road, unconscious to the world around me, I became conscious of the world that lives beyond. I looked, but not with eyes, I listened, but not with ears. I knew the space I occupied was without end. I had no heartbeat and no pain. It was divine. While there I knew my fate was being decided. And as if a meeting was taking place behind closed doors, I waited for a decision to be made. I felt things shift, and forced back into place. My mind tumbled painfully into the world for which I was most familiar. Apparently, my work was not yet done.

A year later to the day, I slid my body down the wall and onto the floor of the Intensive Care Unit outside my son’s room. Within the constant noise of the hospital, my world was once again turned quiet. When I walked, there was no ground beneath my feet. And when I looked to the future, I did so unsure if my son would survive the malignant brain tumor that had decided to grow inside his bright and beautiful body.

In the evening, away from the watchful eyes of the medical staff, I howled against God. Listening to my mournful cries, my mother could offer nothing but her silence and a steady stream of tears. She watched as her daughter was forced to live out the nightmare all mother’s fear: losing one’s child. As cards go, it’s the one we know is in the deck, yet pray is never slid in our direction. As I held the card, I screamed against a God that could be so cruel. I screamed against a God that would repeatedly give me a life filled with pain. I shouted against Life, Fate and All Things. In a pile upon the floor, I cried.

As often is the case, when we forcefully push against something – it breaks. I broke in that moment. I broke a small part of the wall that separated me from All That Is. And through that newly opened space, God began to whisper.

During the many hours of my son’s surgery, little signs of God’s presence were shown to me. Often, these signs were revealed to my mother, who like a good soldier, immediately reported them to the ranking official. I listened. I carefully analyzed them, then waited. But as I did, I no longer did so with eyes that were closed off. My eyes now looked beyond the world of tangible objects and people. And as I kept looking, more was revealed. Little signs that said, “Despite all appearances – all is well.”

Leaning over my son’s bed, looking at his young freckled face as it lay quiet, I breathed deep. Aware of the litany of possible outcomes awaiting him, I knew I had no control of what happened next; that had been decided between my son and his God. Then with his eyes closed he whispered, “Mom, your carbon dioxide is making me sick.” In that instant I knew my son’s work was not done. Like me, he had returned, with his wit intact.

Often it is only by walking through pain that we discover the larger part of ourselves. It is through the realization that every card handed us has purpose. I no longer clamor to express those things within me that are most pleasing to others, while hiding that which may seem dark and brooding. Through the culmination of these moments in my life, I now know that its only through the use of all the colors dolloped upon my palette that I can paint the portrait of my life. There is no color better than the rest. By using each hue, in balance, I create a life that is beautiful to behold.

Reading my novel, I had to release the coat that no longer fit. I had to redefine my life. I let go of a marriage that did not honor me. I let go of a way of thinking that did not honor me. Most of all, I finally let go of the walls that surrounded my heart. Fate didn’t allow such a transition to happen gracefully. Often there is a struggle when letting go. That which we are trying to release fights with wild abandon. But with my walls down, God was finally able to walk with me. When I was but a child, my most fervent prayer was that Jesus would sit with me. Even when young, I felt alone. Because my soul decided to take one final gasp of air, and force its story into written word – I was made to see that God sits with me – because God sits within me.

As I move ahead with life, and new cards come my way, I’ve come to understand my life’s work; the reason I was given another chance. Within my words, I am to help others shed the coat that doesn’t fit. I am to help others balance their palette; to accept and love their many shades. We are all beautiful. We are not so flawed as we suspect. All that dwells within us, is there for a reason – it’s up to us to find the reason.